Caring for Your Horse

Curiosity might not kill the cat, but curiosity can make your cat a bit of a problem when you move house. There will be multiple open boxes (ideal for exploring); there will be strangers wandering into their home and carrying away everything inside (probably while leaving the door open), and there will be an entirely new (and unfamiliar) place to live. It can be difficult enough for humans to cope with, so how can you avoid stressing your cat when you need to move house? Read More»

So your cat was in a fight, and while they might have been victorious over the other cat who happened to be annoying them, they still might have lost. What did they lose exactly? Their dignity? Your respect? Perhaps. But the more pressing matter is if your cat happened to get into a scrap that was vicious enough for them to lose a tooth. How Would You Even Know? You might be unaware of your cat’s dental problem until later. Read More»

If you have a chronically ill friend who has a dog and they are finding it difficult to juggle caring for their pet and looking after themselves, here are some things you could do to help them. Take over the dog-walking duties If a person is ill most of the time, then they may find it impossible to walk their dog as frequently as they need to in order to keep their pet physically healthy. Read More» 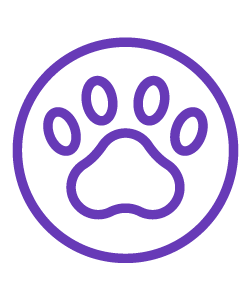 There is something quite magical about the bond between a child and a horse. Riding a horse brings with it skills which teach your child patience, respect, and responsibility. The responsibility side is learning to care for a horse and knowing how to tend to their daily needs. From grooming to feeding, shoeing to keeping a horse protected from the weather elements, there is plenty to know about having a horse as a pet. This website is a beginners guide to horse care for every parent and child who are lucky enough to have a hoofed equine as a pet. Use these tips to learn how to care for your new horse friend.